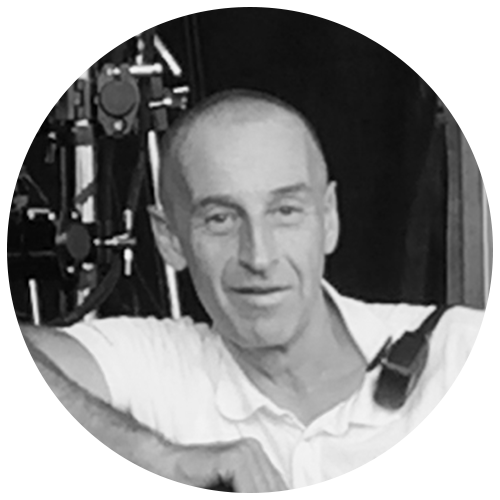 Jon Corbishley has unique experience in the field of event safety planning and management with a 30+ year proven track record of problem solving and critical decision making.

Originally based in London he’s managed safety at mass gatherings worldwide including the concert to mark the fall of the Berlin Wall, AC/DC in Moscow, Pavarotti in Hyde Park and the four 120,000 capacity concerts in Brunei with Michael Jackson, Whitney Houston and Stevie Wonder to celebrate the 50th birthday of the Sultan and the wedding of his daughter. His touring experience varies from Dire Straits to Oasis and he was part of the planning team for many major events in central London including Live Aid, the funeral of Diana Princess of Wales, the Queen Mother’s 100th birthday celebrations and the New Year’s Day Street Parade.

As an independent consultant, he was appointed to take charge of crowd safety at HM Queen Elizabeth II Golden Jubilee celebrations attended by over 1.6 million. He was co-author of the Strategic Planning document for “2008 European Capital of Culture”. In the Netherlands, he assisted with the planning and operation of the “Koninginne Nacht” (Queens Night) at which 150,000 people celebrated in the centre of The Hague and then managed the safety for the 350,000 capacity Dance Parade in the centre of Rotterdam. In 2005, he was responsible for crowd safety at the 200th anniversary “tall ships” re-enactment of the Battle of Trafalgar at Portsmouth UK with a 400,000 attendance in the presence of the British Royal Family. In the field of sports, he was Health & Safety advisor for six seasons at Twickenham Stadium for all concerts and England international rugby matches where he designed and delivered a complete match day supervisor retraining programme.

He is frequently invited to assist advisory bodies and working groups and was a regular speaker on safety matters at the UK Cabinet Office Emergency Planning College. He has presented safety workshops in 12 Indian cities for the Indian Premier League and was safety advisor for the opening of the new Yas Marina F1 circuit in Abu Dhabi. He has trained many hundreds of security and safety staff and currently lectures to Event Management Diploma students in Sydney. He was one of the first crowd managers to be awarded the new Foundation Degree in Crowd and Safety Management.

Now an Australian citizen, he is safety consultant to the Sydney Festival, the Adelaide Festival and the International Live Music Conference. Projects include logistics for the Special Olympics National Games, writing and implementing the crowd management plan for the Breakfast on the Bridge and the 100th anniversary of the Gallipoli landings, touring China, Europe, South America & Asia with Linkin Park and Australia with Iron Maiden. He holds a Fellowship of the Safety Institute of Australia and chairs the Australian Affiliate of the International Event Safety Alliance. In his spare time, he can be found driving to and from his office at Qudos Bank Arena where he is retained as risk and safety adviser.