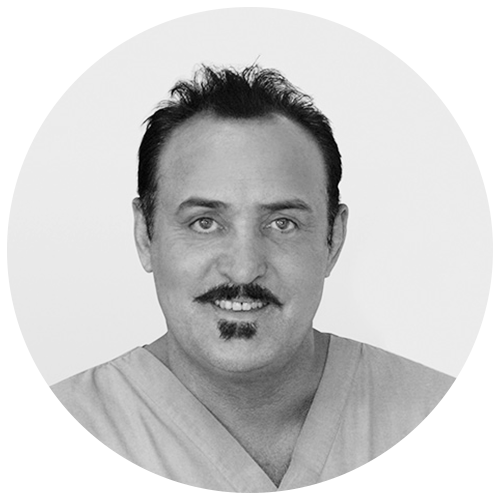 Dr. Bill Anseline, a longstanding, trusted medical practitioner in Queensland, Australia, graduated from Newcastle University in 1991 with Bachelor of Science, Bachelor of Medical Science and Bachelor of Medicine degrees. Today, he practises a number of subspecialties and he has developed exceptional competencies in teaching, training and general practitioner-led primary care research.

Prior to graduating from medical school, “Dr. Bill” supported himself by working as a bodyguard in the security and entertainment industries. As a result, he forged strong relationships with music, movie and sporting promoters as well as production teams and many of the stars, athletes and entertainment principals whom he protected. Later, having finished his medical training, he brought a value-added “medico” component to his security work, a unique dynamic that gave new meaning to the traditional “bodyguard” role. In turn, for the past quarter century, Dr. Bill has routinely provided medical and/or security services to most major artists, acts or live entertainment events that have toured throughout Australia and New Zealand. Now teaming with other Event Medicine (EVM) experts worldwide and leading an evolving global EVM physician alliance, he has been the primary steward of a concept of “global entertainment medicine” for tour promoters and those they support.

Beyond individualised care for athletes, artists and other principals, along the way, Dr. Bill also garnered significant experience in supporting the coordination of health and safety functions for mass gatherings and other complex events. Liaising with paramedics, security teams, emergency management planners, public safety agencies, local health authorities and key receiving hospitals, he has developed a comprehensive approach to event medicine. This also included the key elements of environmental, tactical, toxicological and travel medicine as well as all-hazards preparedness training.

Dr Bill has also held a keen focus in the arena of sports medicine. For many years, he was the bodyguard and fight doctor for two famous world champion boxers, Joe Bugner and Kostya Tszyu. Dr Bill has also held the prestigious position of Chief Medical Officer and Medical Coordinator for Nitro Circus worldwide – an extreme sports entertainment tour that has global influence (http://nitrocircus.com/tour/).

Beyond the typical large metropolitan venues, and with a “show must go on” philosophy, Dr Bill has progressively created and implemented extensive protocol-based models over the years that have proven to be readily adaptable to remote, rural and “complex” entertainment environments in which his assigned doctors and allied health teams may serve as the only “medical services” available.

He has also demonstrated a close working relationship with other key important stakeholders in entertainment productions, including the insurers and workers’ compensation fiduciaries who support the artists, the promoters and their associated crewmembers. In that respect, he has often helped to facilitate such aspects of tour production for the management teams who accompany the performers and their road crews. Some of these functions can include pre-emptive immunizations, physical exams and primary care monitoring of chronic conditions. It has also included medical emergency training, equipment procurement and establishing local contacts and receiving facility advance work.

Since 2016 with his event medicine experience looking after VIP’s, he started providing medical services to many of the superyachts and larger pleasure and racing yachts cruising in and around Australia, and the South Pacific. This led to invitations to participate in the Pasifika Medical Association and WADEM (World Association of Disaster and Emergency Medicine) . This has led to an interest to get involved in teaching and training in maritime and marine medicine and to develop new training innovations for this industry.

Dr Anseline’s other area of interest was triggered by the spate of drug deaths at music festivals. He established a Harm Minimisation consultation group involving leading medical industry experts throughout Australia . This Harm Minimisation group is working together to advise state governments and festival organisers on measures to reduce drug induced injuries and deaths at music festivals. Leading the field in this area of event medicine he is also developing a Harm Reduction Training Program for all workers at events, so all staff are trained to identify patrons at risk.

In 2018, peer reviewed academic conference proceedings published the economic and social and wellness benefits of his primary care GP offerings to young people at remote music and sporting festivals, including quantifying the econometric benefits in terms of lower public hospital presentations, and faster response to vulnerable ‘teen’ and ‘party culture’ populations.
He is a regular speaker, trainer and educator and he resides on the Gold Coast, Australia.

Academically, Dr. Bill holds teaching appointments, including a Senior Lecturership position at the Griffith University School of Medicine on the Gold Coast of Australia and he also has an imbedded ARST training facility at his main medical practice venue. At that centre of excellence, he regularly trains both medical students and qualified medical practitioners to meet the standards of the Royal Australian College of General Practitioners and Australian College of Rural and Remote Practitioners.